Cherie Raciti
Previous work That Which Neither Begins Nor Perishes and That Which Moves Away dealt with ideas of the fullness of the universe and the possibility of multiple universes. The next wall installation That Which Abides is made up of forty- two small objects with varying surfaces and slight volume. They are dark and singular; the light is receding with them.

The expanding universe started in That Which Moves Away, galaxies, nebulae, black holes and everything else, each discrete in a place of its own, on the way to an unfathomable end or perhaps another beginning continue to speed up leaving only vast empty space between them. Yet the universe is holding together, but tenuously. 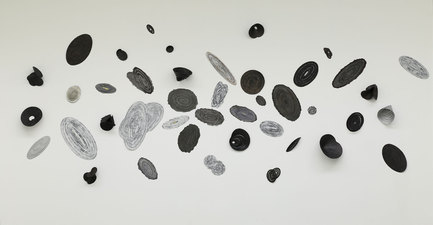 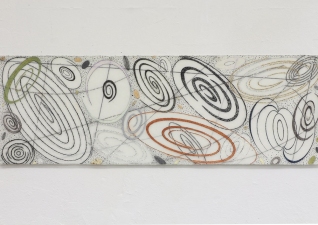 That Which Moves Away 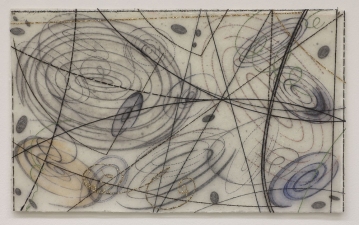 That Which Neither Begins Nor Perishes